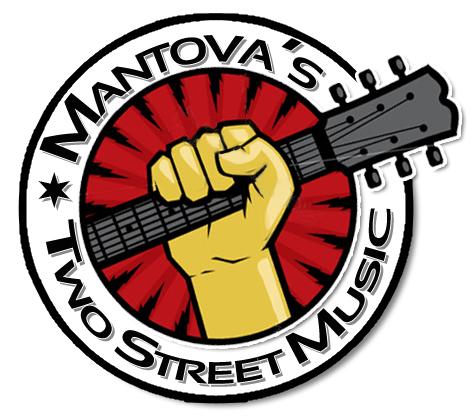 Founded in 1976, Two Street Music has been a destination for Humboldt County's musicians. 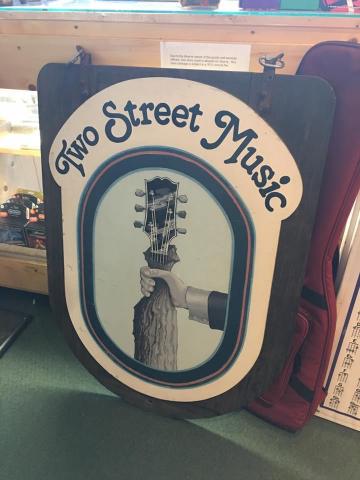 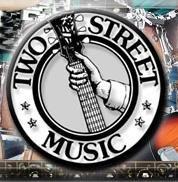 Later on, as the neighborhood mellowed a little bit, the art did as well! The re-invented logo (minus the paper bag!) 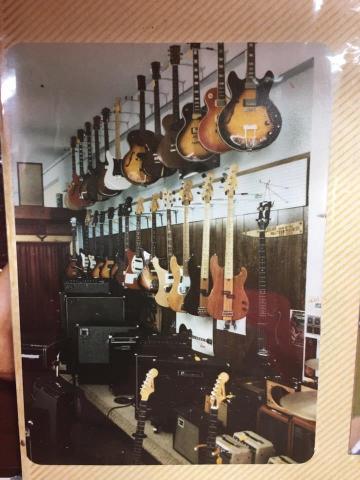 A snapshot of the 1976 store. In the beginning, the store was located on third street, but in 1978 the store location moved to where it is today: 136 Second Street. Over the years the front door has changed back and forth from #136 and #124. Both doors are a part of the business.

More importantly, the music store has always kept a focus on carrying the "meat and potatoes" products that are important for working musicians, local teachers and visiting professional bands. No matter what new technology or fads hit the market, that old-school focus will never change. It's a full line operation, establishing relationships with churches, government and bands that have continued to grow today. 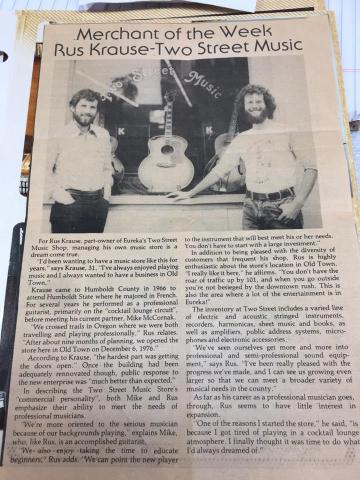 Since the seventies, a total of 3 parties have owned and operated TSM. In late 2009, three brothers purchased the business. To add to the challenge, they set a high series of goals that have still not been reached! Part of the fun shopping at Mantova's Two Street Music is seeing the evolution of the stores' layout, product line and knowledge.

To put it simply, Mantova's Two Street Music is a family business that uses the best of good values and new technology. Available through several active social media streams, Mantova's are determined to gain a market-share that expands well beyond Humboldt County. You can currently follow us through Twitter, Facebook, Google Plus, and through online direct chat.

The family was original put on the musical map by father, Lindy Mantova, who is a well known accordion player and accordion-sales representative. 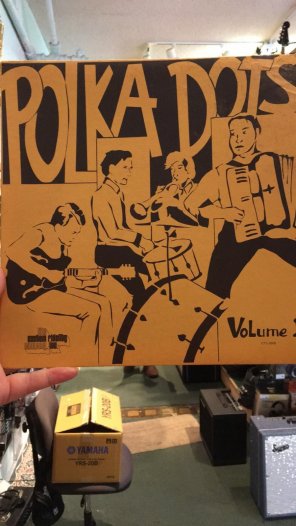 For decades, Lindy has helped premium brands like Titano, Ernest Deffner, PanItalia sell accordions in the Northern California region. In addition to a vast accordion selection, The Mantova family has added many improvements to Two Street Music, including:

-Over 400 guitars and five full ukulele displays of inventory

There is of course more-to-come, and the Mantova family invites you to be a part of it! 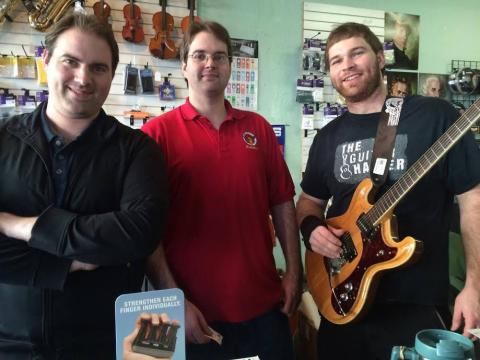 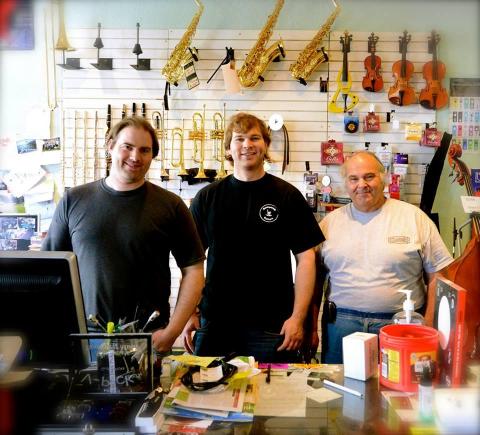 At the bottom of the home page are a running list of publications, newspaper stories and customer testimonials.


Thanks to local band, S.F.B. we even have our own theme song!

Doy showed serious love by getting a "Mantova's" Tattoo! 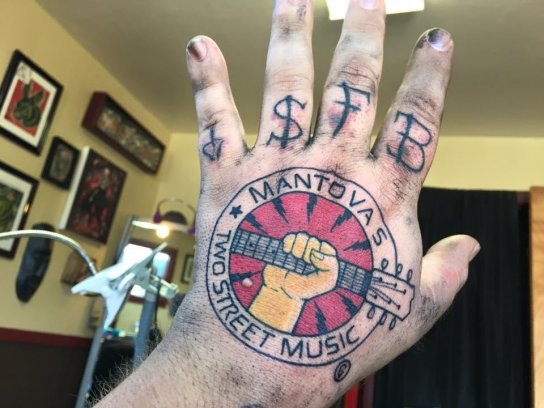